Greetings Dear Readers,Those of you who have followed this blog for a while know of my interests in aviation-as a tiny pink leopard in the RCAF, I have had some spectacular crashes interspersed with some relatively straight and level flying. This week, we have a special place to visit-the Balsa Airport and Aviation Community in Aveousa. 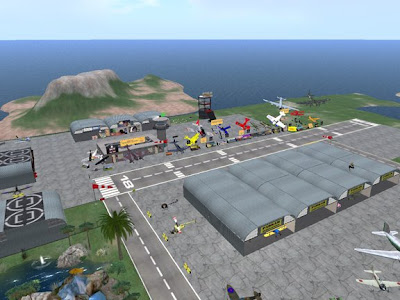 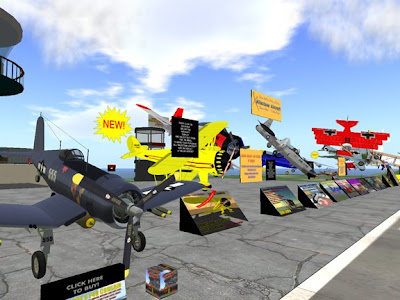 Here on the "Flight Line" you can see some of the planes that Bancos Milestone has built and sells here. 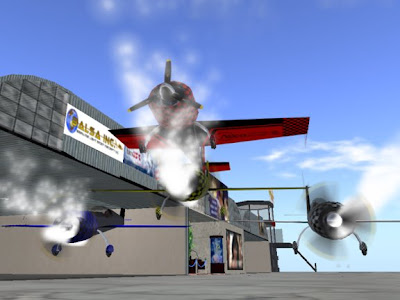 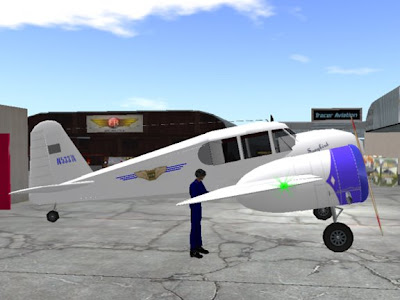 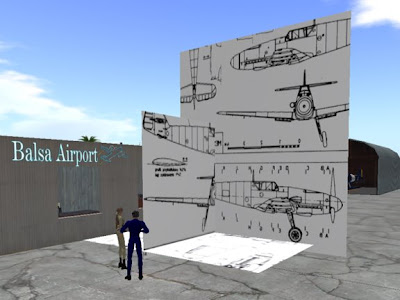 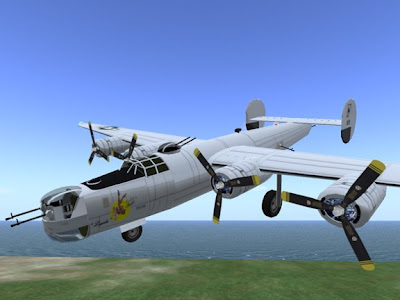 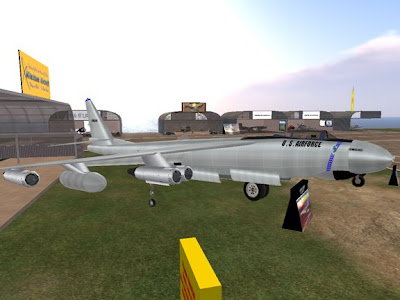 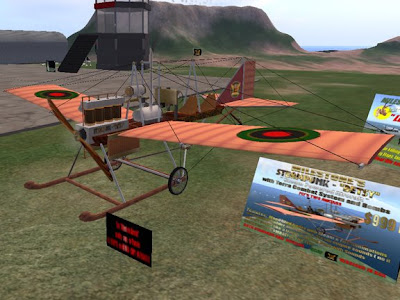 He also has a steampunk plane, and just rolled out some new items- Notably the Mosquito Bomber (you know you want one!) 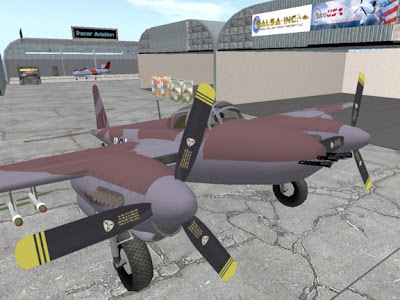 and a GeeBee High Performance plane for the Tinies- in fact Dear Tiny Readers, he has started a whole line of planes for tinies. 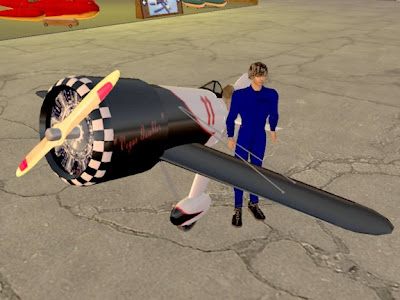 Ok, now over in another part of Balsa, one of Bancos' former students is hard at work on some very special planes.
In RL Josh is an intructor in Hot Air Balloons, but I'll bet that these go a lot faster... the P-47 (affectionately known as the "Jug") and the Super Thunderbolt.

But the most exciting plane in Josh's growing inventory is a scale replica of the Electra- the very plane that Amelia Earhart flew into the books of aviation history, when she and her copilot Fred Noonan disappeared over the Pacific Ocean. Obviously, this was a labor of love- Hours and hours of work, and you can buy one for your very own. 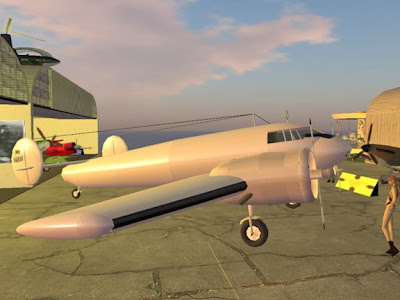 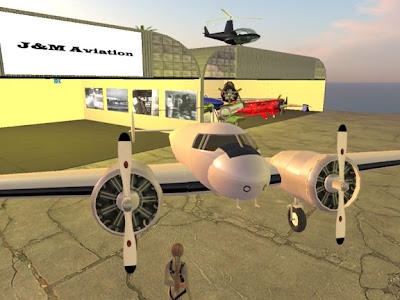 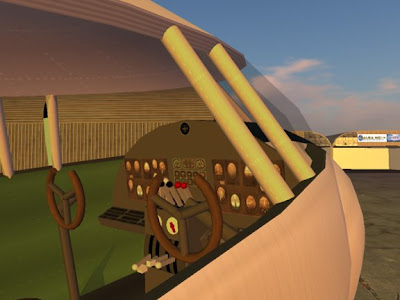 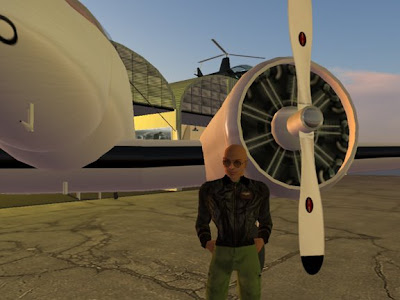 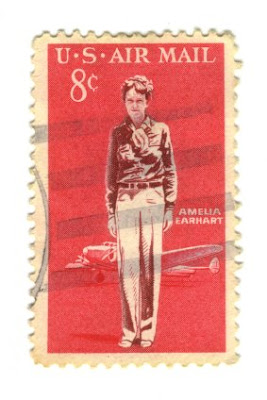 So, Dear Reader- a rather long blog this week- hope you enjoyed meeting this passionate pilots- I sure did. Here is the LM for you to visit them, and see for yourselves.

Oh, Yes and stay tuned for Big Bash Party News- My celebration open to all, at my estate in Impish Glee- Dancing, DJ's, Freebie hunts, and introducing- the AV slingshot! A Vicki Brandenburg creation- How far can you fling your av?

That's all for this week- Be safe, have fun.
Annabelle
Posted by Annabelle Fanshaw at 8:30 PM

Thank you Annabelle, this is a great article!

Keep up the good work :)