Greetings again- Dear Reader-
Chip is away this week- a short trip to Aruba to visit his
cousin, Alphonse.
So while the horse is away- the rider will play!
This is Photon Pink's domain- castle and environs on an open sim
space in Second Life- Sort of Willie Wonka (the Gene Wilder one)
meets the Yellow Submarine, and some extra special particle stuff
thrown in... 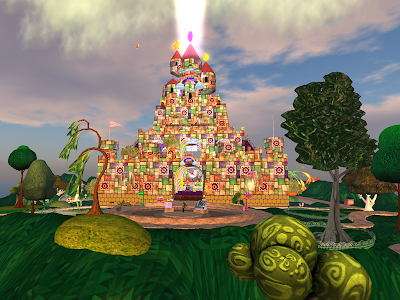 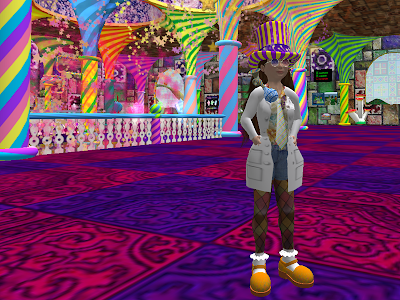 She took me on the deluxe tour of sim, there are 2 trails- one jungle and one coastal..both leading off from the teleport landing pad... there are many sights to see, I only have time to mention a few of them- Here a crystal cave.. 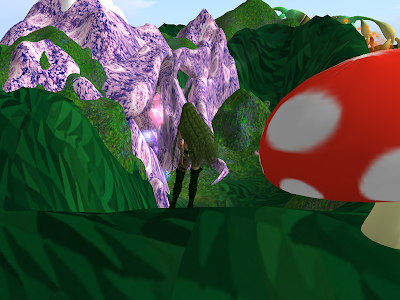 and on the coastal tour, an Octopus' garden- How lovely! 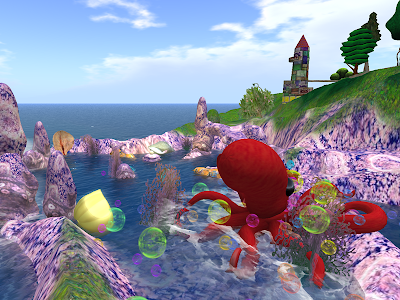 And over here in the tidal pool some rather pointed remarks were made about the urchins... 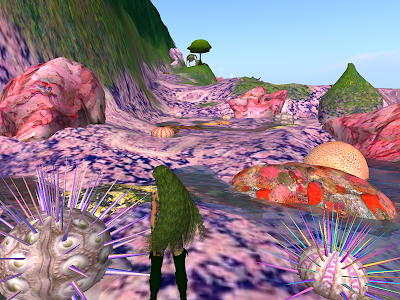 And of course, no mad scientist is complete without a secret arsenal- Behold, the bubble gun- looks innocent enough- doesn't it? 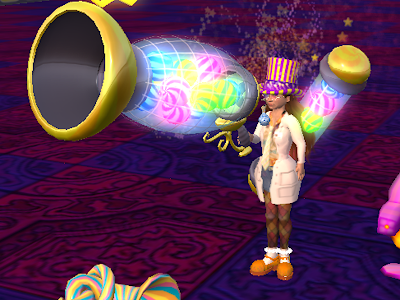 But somehow I ended up in a bottle- the notorious bottle gun- strkes again! 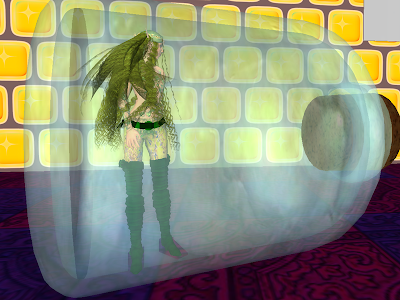 and the magic settles in for another night- just a touch of fairy dust left on my shoes... 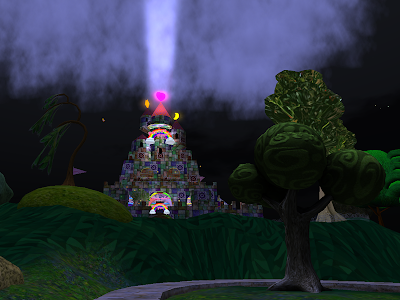 Have a lovely- dear Reader- I will be back from time to time with these notes from our virtual worlds- Best, Annabelle
Posted by Annabelle Fanshaw at 5:13 PM